First published in July 2006, this updated ingredient post features new photos, links, and significant changes to the recipe, just in time for the holiday weekend. Get your grill on! Sometimes I uncover an item in my pantry that's a bit of mystery. I know I should have it. In fact, I'm never without it. I just don't know why.

What, exactly, is cocoa powder? What makes some of it Dutch-processed? Is natural cocoa powder better, or just different?

Unsweetened cocoa powder results from the pressing of chocolate liquor to remove most of the cocoa butter. The remaining cocoa solids are processed to make a fine powder. There are two types: natural, and Dutch-processed. 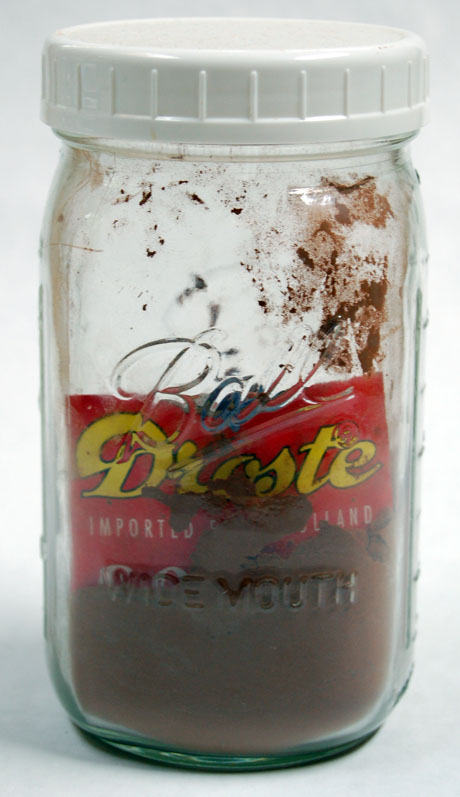 In 1778, the Dutch brought cacao from the Philippines to Sumatra, where they established a propagation facility that enabled major production in the region. In 1828, Conrad van Hooten, a Dutch chemist, patented a technique for pressing most of the fat from roasted and crushed cocoa beans, improving the digestibility of the resulting powder. The addition of alkaline salts neutralized the acids in the cocoa, making it more easily soluble in liquids. This "Dutch cocoa", as it came to be called, has a mild flavor, and must be used with baking powder or other acidic ingredients.

Natural unsweetened cocoa powder is more intense in color and flavor; when used in a recipe that calls for baking soda (an alkali), it creates a leavening agent.

(At the moment, I happen to have Droste, a Dutch-processed brand, in the pantry. Other popular brands: Valrhona and Lindt. Some natural cocoa powder brands: Ghirardelli, Scharffen Berger, and good old Hershey's.)

We always think of cocoa as a sweetener, but unsweetened cocoa is an ancient food that features in the cuisines of Brazil, Mexico (think molé), and other countries in the cacao-growing bands a few degrees north and south of the Equator 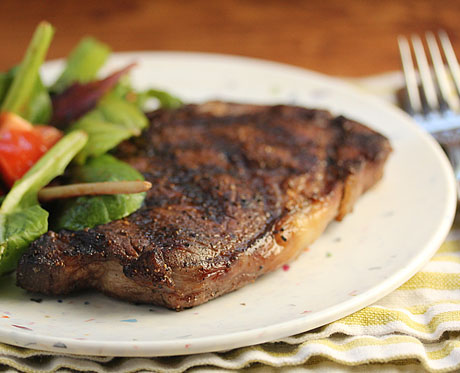 Adapted from Cooks Illustrated, the recipe makes about 1/3 cup of the rub, enough for 4 boneless rib-eye steaks. Serves 4.

Set the steaks out in a single layer in a rimmed pan.

Stir together the cocoa powder cumin, allspice, pepper and salt in a small mixing bowl. Press this mixture onto both sides of the meat, and let the meat sit at room temperature for 1 hour.

Preheat a grill to high heat. While the grill is preheating, add the oil to the pan, and turn each piece of meat so it is coated with the oil.

Remove the steaks from the grill and let sit for 10 minutes before serving.

Lydia,
Oh, the sight of that Droste package takes me back to my brother's Droste phase! I'd never really had chocolate products in savory dishes until I tried Cincinnati chili, and since then I've expanded to mole sauce. I'm happy to branch out a bit more.

OH My! Now I am really excited... steak, cocoa and cumin - yum! I always feel a little "cowboy-ish" when I have meats with cocoa or coffee in the rub.. is that weird?

That steak looks amazingly delicious! It's been a while since I've cooked a steak and now after seeing this one and my curiosity of using cocoa powder.....I just may have to do so. Thank You & Cheers!