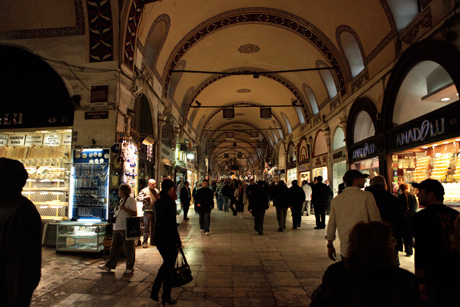 From Nathan, in Seattle:

In November 2009 I visited Turkey on a scouting trip for a guided tour of Biblical sites. I was impressed with the beauty, the people, and not least of all the food. We had a couple of days at the end of the trip to visit Istanbul and it blew my mind. There were a few highlights, including the Basillica Cistern and the Hagia Sophia, but the Grand Bazaar and Spice Market proved to be the kind of places where I wish I’d had much more time to explore.

If I were to quickly describe both markets I’d say that the Grand Bazaar (in the top photo) was slightly more “touristy”, but also much larger and with a wider range of things to purchase. The sheer scope of that market was daunting. I remember standing at one crossroads; I could look in all four directions and see literally no end to the rows of shops. It makes Pike Place Market here in Seattle look like a 7-11. 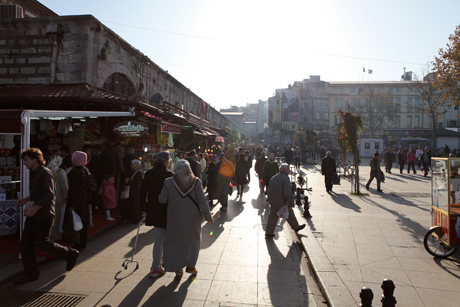 The Spice Market was a little smaller, though still quite large, and it had more of a food focus.  My impression was that it was where more of the locals did their shopping. In such a competitive environment the merchants are eager to be friendly, serve you free tea, and strike a deal. 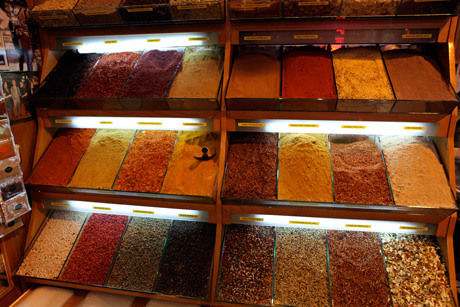 Our guide had a particular favorite spot (which undoubtedly gave him kickbacks) and the actual process of shopping for the spices was quite fun. My wife gave me a list of some specifics she wanted me to bring home, which I did, but also added a few others based on what I tasted and liked. I can’t remember the exact prices of each, but wild saffron from the mountains of Turkey, for example, was maybe a tenth of the price of something similar in the States...IF you were able to find it here. 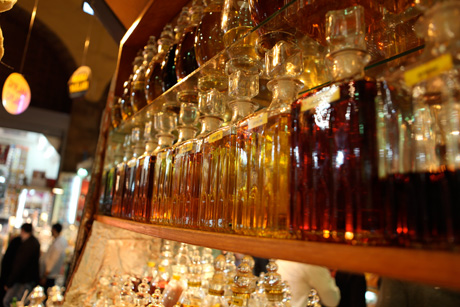 I made my selections and the merchants put them all in vacuum-sealed bags. I also purchased some dried fruits and nuts for the long flight home, which turned out to be an inspired and delicious decision. Later I realized the sheer volume of what I had purchased and considered the complexity of getting this through customs. To my relief the people at customs in both Turkey and the U.S. didn’t even raise an eyebrow at the spice haul, and I made it home with no issues.

In the nearly two years since then we’ve run through most of what I brought back.  With the delicious range of concoctions my wife has made in that time using the spices, it’s starting to feel like another trip to Istanbul might be in order soon -- this time with a bigger suitcase.

Great post! I currently live in Israel, a hop, skip, and a jump from Turkey and am hoping to visit Istanbul - and in particular the spice market - in April! This has only inspired me further, thanks!

Istanbul and her markets have come up several times on my TV this winter and it looks so appealing.

Fantastic -- as in, this will feed my fantasies!

Katherine and Nathan, I was in the Old City markets of Jerusalem in 1975 -- can someone post current photos? The exuberance of the markets of the Levant is worth many more visits.

How fun, Turkey is probably at the top of my list of places to visit. The spice market reminds me very much of the ones I saw in Morocco!

For foodies and bazaar lovers this could be the place to enjoy shopping. Lovely photographs and good write up . Thanks.

My wife and I lived in Istanbul for a year; shopping in the GB and Spice Market was good, but the local street markets were the best! Carol had some trouble at first because she didn't know how to say "Half" in Turkish (yarum) so she got a lot of full kilos of stuff. That's ok for potatoes, but do you know how much tea is in a kilo? A lot!!

I'm going to Istanbul for vacation in a few months. I have no clue which spices to buy. Does anyone have suggestions?

Wow! This might just get me to take up my husband's offer to go to Istanbul! Wherever we travel we end up spending most of our time at the local markets and this would be no different. I can only imagine all the spices and intriguing ingredients one could pick up here.

a fantastic post! I loved seeing this spice market thru your eyes - what a dream!

I just found your blog by accident. I was looking for a list of pantry items to always have in stock. Your blog is delightful, I can't believe I have gone without all these years. I look forward to a long relationship here!!!