Top 12 cold weather tagines, stews and chili from the pantry 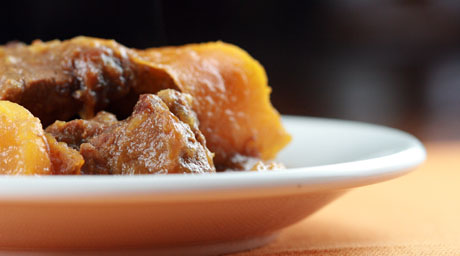 Daylight Savings Time -- the wacky way politicians try to restore the natural universe and accommodate the schedule of school buses everywhere -- begins again on March 14, but here in New England, that doesn't mean Spring weather is just around the corner.

Some of our most famous  and well-named weather events arrived in March. The Great Blizzard of 1888, a bit before my time, still holds the record for amount of snow.

My husband Ted and I remember the Storm of the Century (which we called the No-Name Hurricane) in 1993, because days later we found a friend's rather large sailboat that had been lifted by the wind and deposited on the patio of a house a mile away. In 1997, the April Fool's Day Blizzard, which really began the night before, on March 31, seemed to catch the entire city of Boston by surprise.

Now we plan ahead. We stock the house with milk and eggs, coffee and chocolate, and all kinds of fixings that we can turn into stews, tagines and chili.

When the next storm arrives, I'm going to cook some of my favorite dishes that rely on ingredients from the pantry. There's nothing like a bit of warm stew after a bout of shoveling snow.

Dishes marked (v) are vegetarian, or can be made so with minor adjustments or substitutions. 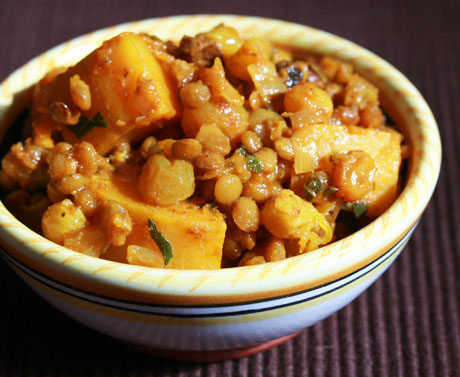 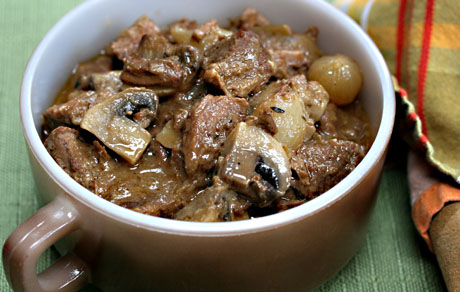 I made a fabulous soup today based on a can of Mexican refried beans - irky colour but delicious !!

I just bought some beef so I can try an ale stew - it was popular with the guys I worked with when I lived in the UK. I also have some beans I bought on impulse in Italy soaking called cicerchia - they look a bit like squashed chickpeas - any idea what do do with them?

Cleaned outthe freezer yesterday--found about 8 small bags of frozen vegetables--corn, green beans, edadames, pearl onins, etc.-- just the 2 of us, even the small bags don't get emptied. So,I sauted a bunch of celery, peppers, onions, carrots, brocoli in some butter and combined it withthe veggies and put it in a big pot with some chicken broth. Seasoned it with celery salt, pepper, basil, thyme and garlic. Let it simmer and finished it off with abig pan of cornbread.,

In Utah we often get our worst storms in the spring too, and I remember having snow on the last day of school. This sounds like a great collection of tummy-warming dishes for those kinds of days.

I think the latest I've seen snow in Boston is April 15th. Though, I don't usually have to worry about getting out to a grocery store, I also have staples to make my favorite chicken stew at any given time.

Never hurts to be prepared for anything and if it is delicious we are all there too.

Wow this makes me long for winter! It looks so homely and comforting.

Yesterday I made stew!
pork roast, turnips, carrots and onions; Some stock and spices to "approximate" "corned beef" flavor. (next time I am adding cabbage or kale!)
6 hours on high in the slow cooker served on mashed potatoes after hard day's shopping...the only other thing to do in New England on a cold Sunday besides shovel snow!

I make a soup or stew just about every week in the winter months. This weekend it was Vegetable Beef soup using several pantry items, beef shank and frozen mixed vegetables.

looks like tomorrow could be stew day in RI/SE Mass!!