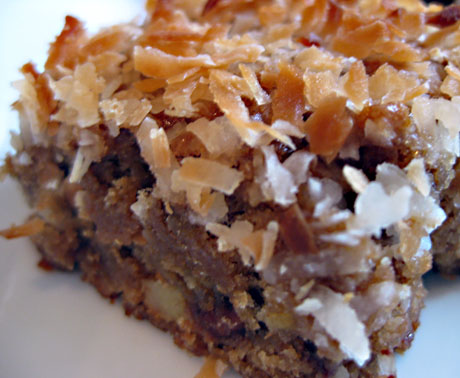 Guest post and photos by Maris of In Good Taste.

When Lydia adopted my blog last year, I immediately learned that we had a lot in common. Of course we share a love for cooking and writing. Beyond that, we both grew up in the New York/New Jersey area, we're both avid fans of Top Chef, and we both like to travel.

There is, however, one undeniable difference between Lydia and me.

I am a self-proclaimed dessert fanatic, and she doesn’t have a big sweet tooth.

I would turn my oven on in hundred-degree heat if it meant chocolate fudge brownies, while Lydia prefers cooking to baking any day of the week.

When the mood to bake strikes me, chocolate chip cookies, yeast breads and quick breads tend to call my name. I like to follow rough formulas –- this much flour to that much baking soda, this many eggs to that much sugar. Once I have the foundation for a recipe in mind, I tinker with it and make it my own, by adding nuts or fruits, or some of my new Vietnamese cinnamon.

A few weeks ago I jotted down a recipe in shorthand for banana chocolate chip blondies. 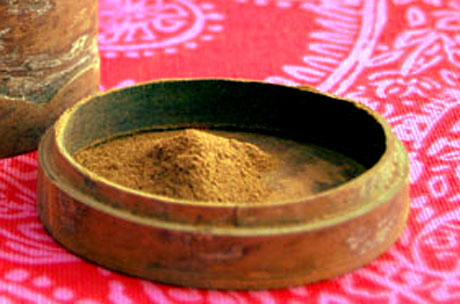 I don’t recall the source of the recipe but had been itching to use the latest addition to my pantry: Saigon Cassia Cinnamon from The Spice House in Chicago. Though the recipe didn’t actually call for cinnamon, the rich, spicy aroma seemed like it would be the perfect complement for the sweetness in the chocolate chips and bananas.

According to The Spice House catalog, trade restrictions placed on Vietnamese export after the Vietnam War made this cinnamon unavailable in the United States for almost 20 years. Now that we can get it again, you definitely should have some in your pantry. Or how about a taste test with all four types of cinnamon, from Vietnam, China, Indonesia and Ceylon? 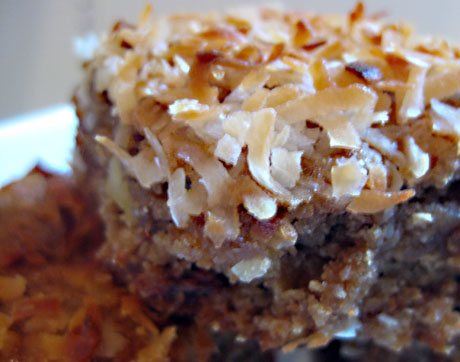 I admit that if there were a nutritious way to eat these chocolate chip banana bars for breakfast, lunch and dinner I would do it, but somehow I don’t think that bananas, mashed among butter and sugar, count as a fruit serving. Makes 12-15.

In one bowl, combine flour, baking powder, cinnamon and salt; set aside.

In another bowl or in the bowl of a stand mixer, cream the butter, brown sugar and granulated sugar. Add egg and vanilla and mix well.

Mash bananas and add to creamed mixture. With a wooden spoon, blend in dry ingredients, then stir in chocolate chips.

Turn mixture into a greased 13x9-inch baking pan. Top with toasted coconut. Bake at 350 for 25-30 minutes or until golden brown and top is firm to the touch. Cool and cut into bars.

I follow both yours and Lydia's blogs daily and love them both.These brownies look amazing and the addition of cinnamon is quite brillant.

Looks like "nutritious" and delicious food to me. (Adding a veggie to make it "complete" would be "too much").

I'm a lot more like Lydia on the cooking vs. baking thing, but these bars do look wonderful if I was in the mood for an indulgence. Don't you love that Cassia Cinnamon? I've been using it to make flourless zucchini muffins, just delicious!

Those look absolutely heavenly! I'm a big fan of cinnamon for both its taste and its health benefits!

Pauline - Now that we're heading into fall, I love adding pumpkin to baked goods. Then they're really virtuous!

Kalyn - I love the cinnamon! I add it to everything I possibly can when I bake.

Sues - I agree! I like adding a little bit of cinnamon to my lattes in the winter. Yum!

I'm a little confused: there's no butter in the ingredient list.

A pal of mine subs fruit puree for fat in her sweets baking; she loves it, but I don't care for the texture. I use it only in gifts for people who like a gooey texture. You could start with 1/2&1/2 and experiment.

Saigon Cinnamon is my favorite warm spice; thanks for the history. And a really good recipe for the holiday platter.

oh soeren is gonna like these! and cassia cinnamon ohhh yum - need to use my stash!!

Oh, I have to disagree...they have bananas...DEFINITELY a serving of fruit! And chocolate is an antioxidant! ;)

great post but I think you miss-typed the butter for oil :)

There's fruit in there... you can eat them for breakfast, totally fine. ;)

How in the world did I miss this? These look so rich and delicious!!

these sound great! I have new cinnamon too (thank you Lydia :) and with a bunch of brown bananas on the counter, these sound like next week's treat.

Are we supposed to use butter instead of oil???