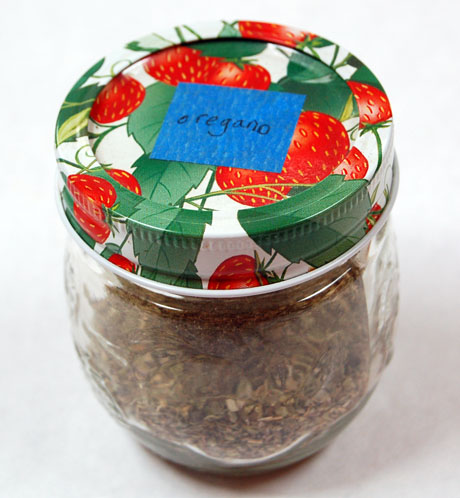 I had long hair, bell-bottom pants, love beads. I listened to Phil Ochs, played guitar, marched for civil rights and against the Vietnam War. I edited the school newspaper, where I published Lawrence Ferlinghetti poems and artsy photos of trees. On Saturdays, I worked at a "real" job on the city's big-time newspaper, where I learned to write obituaries and a consumer help column ("My clothes dryer exploded and the store where I bought it won't take it back. Can you help?").

And I smoked oregano. Once.

A friend gave it to me as a joke, and we decided to try it. (I admit that I tried the other stuff, too, and yes, I inhaled.)

If I'd been a cook, instead of a trying-to-be-hip high school kid, I would have put that oregano to much better use.

Common oregano (o. vulgare), a member of the mint family, is native to the Mediterranean region, which explains its popularity in Italian and Greek cuisine. Often confused with marjoram (o. majorana), oregano is a hardy perennial that thrives in my New England herb garden. It's grown for its leaves, which are peppery and strong-tasting.

Of the many varieties of oregano, the ones I use most often in my cooking are common oregano, and Mexican (which I'll post about at another time, as it's from an entirely different botanical family). I recently added golden oregano, which has a milder flavor, to the herb garden. Local middle eastern markets sell Turkish oregano (sometimes called black, because of its dark colored leaves), which is even more peppery than the common variety.

According to folklore, oregano can encourage good luck and repel snakes (these things seem to be related), and was said to possess black magic powers. Put that in your pipe and smoke it!

A wonderful New Mexican recipe, from Beverly Shafer, that calls for common oregano, even though the dish originates in the Southwest. You can make this with beef or with boneless, skinless chicken thighs, too. Serves 8.

In a large stockpot, heat the oil. Lightly dredge the pork in flour. Add the garlic and onion to the pot, and saute 1-2 minutes until brown. Add the pork, and continue stirring until brown, 4-5 minutes. Add twice the amount of water or stock as you have meat in the pot. Simmer, uncovered, for 45 minutes. Add bay leaves, oregano, red pepper flakes, and salt and pepper to taste. Stir in the hominy, and continue to cook 45 minutes to 1 hour; the hominy should be “al dente.”

What I wouldn't give to see a photo of Lydia from those "high" school daze!!!!!!