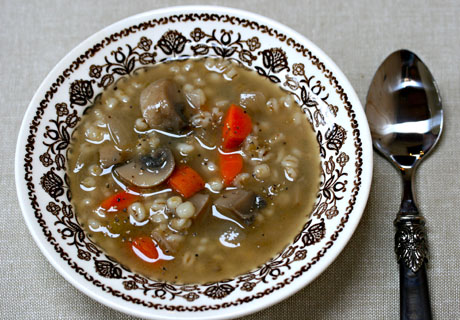 This morning is one of those times.

I was feeling a wee bit witty, and started to craft a barley spin on Edward Fitzgerald's famous lines:

A Pot of Barley underneath the Bough,
A Jug of Beer, a Loaf of Bread — a Bowl of Really Thick Soup? — and Thou
Beside me singing in the Wilderness of Rhode Island ...

I realized that's all I could manage from memory, and I'd need to look up the rest of the poem. What's the title??? Oh yes, The Rubaiyat of Omar Khayyam.

Then I remembered — forgive me — The Ruby Yacht of Omar Khayyam. Rocky and Bullwinkle. Sherman and Mr. Peabody. Fractured Fairy Tales.

Barley deserves better than bad puns and botched poetry. It's one of the most ancient grains, dating from the Stone Age. It used to grow wild in an area from North Africa to China. Barley is mentioned in Egyptian hieroglyphics dating to 5000 BC; the first known recipe for barley wine dates to 2800 BC, and recipes for beer were perfected in the Middle Ages.

Today, the world's largest commercial growers of barley are Canada, Russia, Germany, France and Ukraine. Massachusetts grew the first North American crop of barley in 1602, when the pilgrims planted seeds they'd brought from England, but the crop was not successful. It did thrive in later seasons in the climate of Pennsylvania, where farmers added limestone water to the barley and, after a bit of fermenting and distilling, they ended up with something much better than bread or porridge: whiskey! 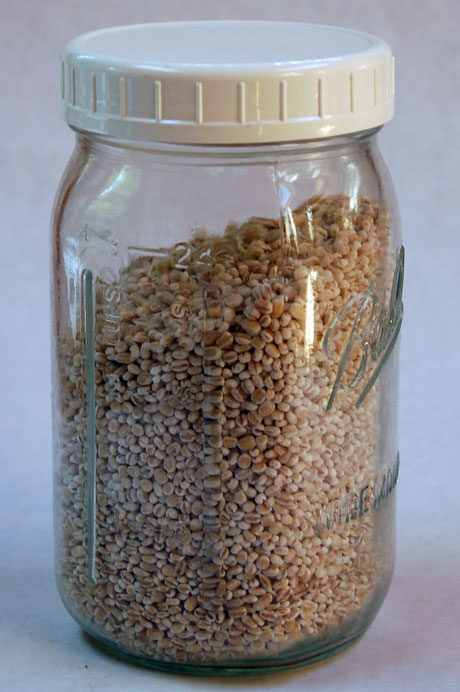 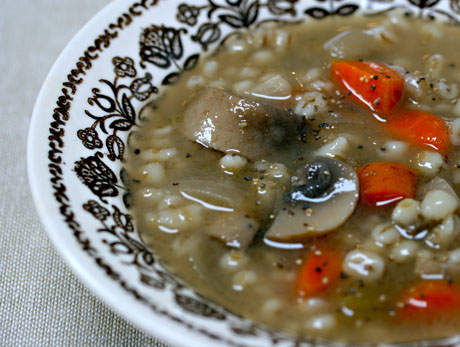 This is great winter soup that freezes well and easily accommodates the addition of leftover cooked chicken, turkey, or chopped root vegetables like parsnips or rutabagas.  Serve with salad and good black or rye bread. Serves 4-6.

Other recipes that use barley:
Moroccan chickpea barley salad, from Simply Recipes
Barley salad with mint and lemon, from Kalyn's Kitchen
Barley risotto with peas, from Guilty Kitchen
Barley-stuffed tomatoes, from Appetite for China
Beef stoup, from The Cutting Edge of Ordinary

I love barley. Time to get making some soup here. I have to admit that although I hate winter, I love winter food. Thanks for including me in your barley references.

You've reminded me that I don't have enough barley in my life. And I love barley so there really is no excuse for me to make it more often.

Made turkey barley soup last week. Now, I'll have to try your recipe.

I'll pair this soup with Alanna's rye bread for a hearty, warm antidote to winter.