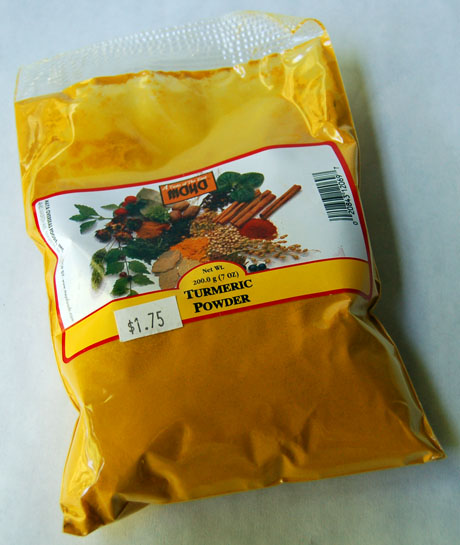 In the oldest section of Hanoi, known as the 36 Streets, each street takes its name from the dominant trade or craft of the families who settled there. There's Shoe Street, and Paper Street, and a street that sells tires. There's a street for silver, and one for silk clothing, and another for tin. On Hang Quat, you'll find funeral items. To Thinh is the woodturner's street, where I bought a pastry mold shaped like a fish.

And there's Cha Ca Street, with its abundance of restaurants that serve fried fish (cha ca) coated with turmeric.

The most famous of these restaurants is the century-old Cha Ca La Vong. When Ted and I were there in 1997, it was still a magical place. We climbed a rickety ladder to get to the second floor dining room, where only one dish is on the menu. Each table had a brazier in the center. We were given bowls with rice noodles, piles of fresh dill weed, herbs, and nuts. Chunks of local whitefish, coated in turmeric and flour, were fried in the brazier and served on top of the noodles and herbs. We kept cooking our chunks of fish, splattering turmeric-stained oil over everything, until we'd eaten it all. (Here's a recipe — not the recipe, as it's a well-kept secret — to make this dish at home.)

According to Jill Norman's Herbs & Spices (an indispensable reference for any cook), more than 90% of the world supply of turmeric, a member of the ginger family, comes from India; Alleppey and Madras are the best grades. It's also produced in China, Haiti, Indonesia, Jamaica, Malaysia, Pakistan, Peru, Sri Lanka, and Vietnam. The rhizomes are sold fresh, or sun dried, peeled, graded, and ground — which is how it's most commonly found in the market.

Ground turmeric imparts both flavor and color to curries and masalas, as well as to the Moroccan spice blend ras el hanout. Turmeric is one of the cheapest spices, and it stains everything it touches; for both reasons, it's a popular food coloring for cheese and margarine.

Turmeric's medicinal qualities as an anti-inflammatory and a treatment for digestive disorders, liver problems, skin diseases and wounds, are well known to Ayurvedic and Chinese healers.

In New England, it's a popular addition to bread and butter pickles, which have their own healing properties when eaten with hot dogs and hamburgers.

[Note: this recipe has been updated. To read the updated version, click here.] What could be easier than pickles made in the microwave? Pauline, a Perfect Pantry reader, shared her recipe. Makes approximately 1 quart.

Mix all together in a microwave-safe glass bowl, and cover. Micro 4 minutes, stir, micro another 4 minutes. Pour pickles and brine into clean jars, and refrigerate.